Movements need images. Whether those images are pictures or stylized words, images can summarize a movement’s message, can reinforce the movement’s name, can be an integral part of the movement’s overall identity, and can even be integrated with a movement’s theatrics. Consider the following images: 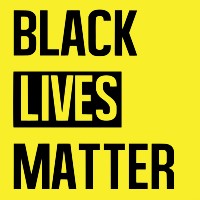 FERGUSON, MO – AUGUST 14: Demetrus Washington joins other demonstrators protesting the shooting death of teenager Michael Brown on August 14, 2014 in Ferguson, Missouri. Brown was shot and killed by a Ferguson police officer on August 9. Police in Ferguson have changed their procedure for dealing with the protests after being chastised for a heavy-handed approach which has resulted in four days of violence. Today three police cars and four officers on foot led the way during a protest march. (Photo by Scott Olson/Getty Images)

One of the images is very recent. The Women’s March featured coordinated pink pussy hats that have become defining images of that march and that organization. And it happened almost instantaneously – the Women’s March was only a couple weeks ago.

The Indivisible movement needs logos, actions, and/or costumes. These images, actions, and costumes — if coordinated across issues and geographies — will help reinforce the power of the movement.

The images need to be symbolic. Consider the following as a symbol for the Indivisible movement: 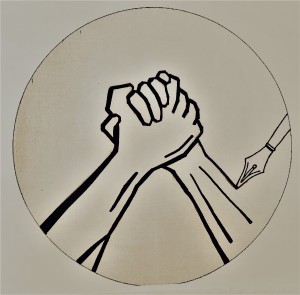 This is not to propose this specific image as the image of the Indivisible movement — use of the word “indivisible” in a consistent font, style, and color could accomplish similar goals. The intent of the above illustration is to show how an image can capture some of a movement’s truths, help establish legitimacy and identity, and lead to theatrics that help define the movement.

Movements without an identity are just collections of people on the street or in a room. With an identity comes power, comes a message, comes a sense of collective momentum and togetherness. Whatever our imagery is, whatever our theatrics are, we should not hesitate to employ them.